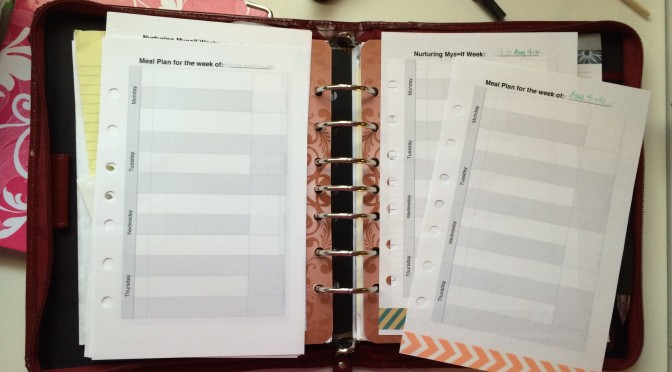 I think I’ve made a breakthrough in my therapy. A few weeks ago, my therapist gave me a worksheet. It had 5 columns on it: Physical, Mental, Emotional, Spiritual, Social. In each column there were about 3 pages of ideas, things related to the column header. She told me to put a star next to the ones I was already doing, and circle the ones I’d like to try.

After completing the worksheet, I felt a kind of excitement that I haven’t felt in a long time. When you graduate from college, you have no more homework assignments, no more professors to be accountable to, no more end goal to reach.

END_OF_DOCUMENT_TOKEN_TO_BE_REPLACED 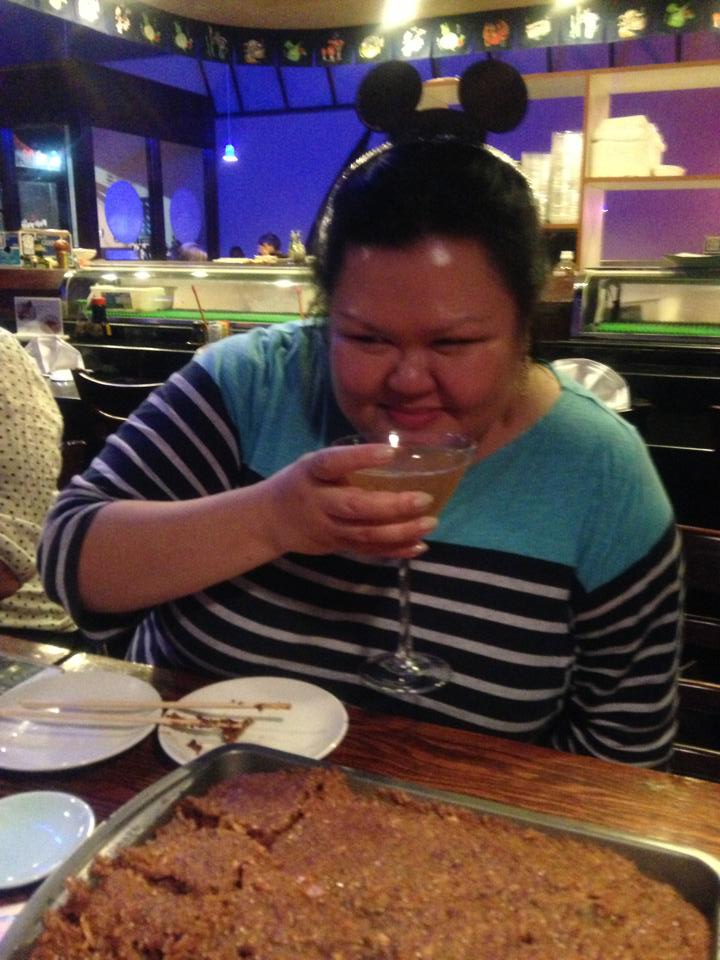 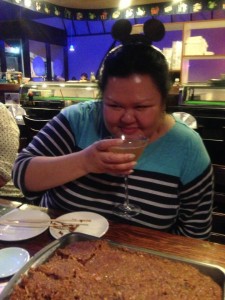 Last month, I decided that for the first time in several years, I wanted to celebrate my birthday.

I’ve always wanted to have a special dinner out with just a small group of friends. This is how I pictured it: everyone would arrive either on time or a few minutes late. I would hug and kiss each guest, thanking them for coming. And then we would all sit down, drink wine, laugh, be merry, and eat good food. We would be the loudest table in the restaurant. Patrons would resent us, others would envy us. Then at the end of the night, after our bellies were full, and the wine glasses empty, we would pay the bill and make our way outside the restaurant—arm in arm nonetheless—strangers now turned best friends.

I didn’t think that would actually ever happen until this year.

My friend Briana helped me orchestrate the whole thing, going as far as baking me a cake and buying the party hats (or party ears) I so wanted. It couldn’t have been better. It matched my expectations and more. At one point, Steph leaned in toward me and said, “You have a great group of people here.”

I smiled and nodded my head in agreement, looking around at all the smiling faces engrossed in conversation amongst each other. “Yes, yes it is a great group of people.”

The law of attraction states that “like energy attracts like energy.” When you focus on the negative, even when you absorb negative energy, you get negative things back. Focus on the positive, it comes back to you in positive form. I’ve always gone the positive vibe route, or at least tried to, regardless of whatever hand I’ve been dealt. No sense in crying over spilled milk. Chin up, eyes forward, walk on.

Autumn is quickly approaching and I’m close to completing what has to have been the hardest year of my life: I lost my dad, I said goodbye to my best friend, I’ve looked for love, lost myself, found myself again. And I’ve survived it all. But I’m still here and I’m still ok. Because regardless of how awful things are in life, things always manage to even out in the end. 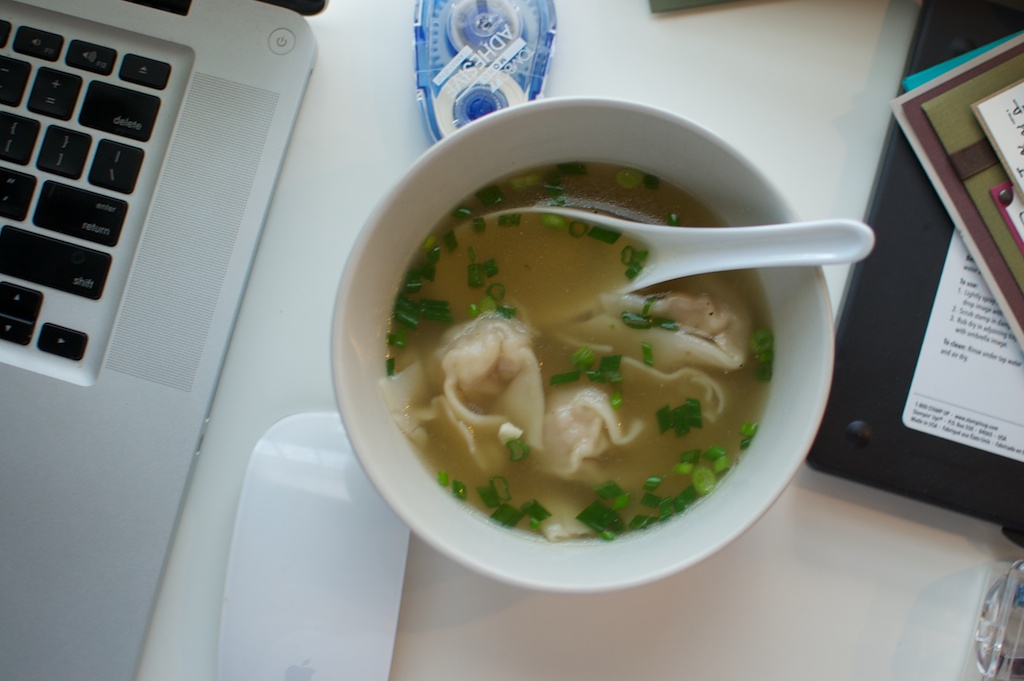 The last few days have been a blur.

First of all, let me start with my current state. In a momentary lapse of judgement on Tuesday, I decided to have lunch at a questionable fast food restaurant near my office. Twelve hours later, I’m hugging the toilet bowl like it’s my BFF. It was pretty horrendous.

I spent most of yesterday in bed eating saltines, drinking Gatorade and ginger ale. I even went as far as eating a can of chicken noodle soup which provided the only sustenance for that entire day.

Although I was feeling better today, I still wasn’t at 100% so I opted to stay home again. For lunch today, I made a pot of wonton soup, said wontons provided by my dear mom.

So… yes, I have met someone, but here’s the thing: it’s too early to tell what it is or where it’s going at least in my opinion. But nevertheless I still like him and he likes me so we’ll see what happens.

I received a piece of advice from a very wise friend of mine. She said the important thing to take note of here is that I know life goes on. I know that even though my heart was broken like Jabari had broken mine, I persevere and it gets better. I know what the stakes are and as a result, I know what it feels like to be smitten and alive again.

I think I am taking a bit of a risk by putting myself back out there again. And yes, there is a definite possibility that someone will break my heart again, but I would rather play the game again than give up entirely. 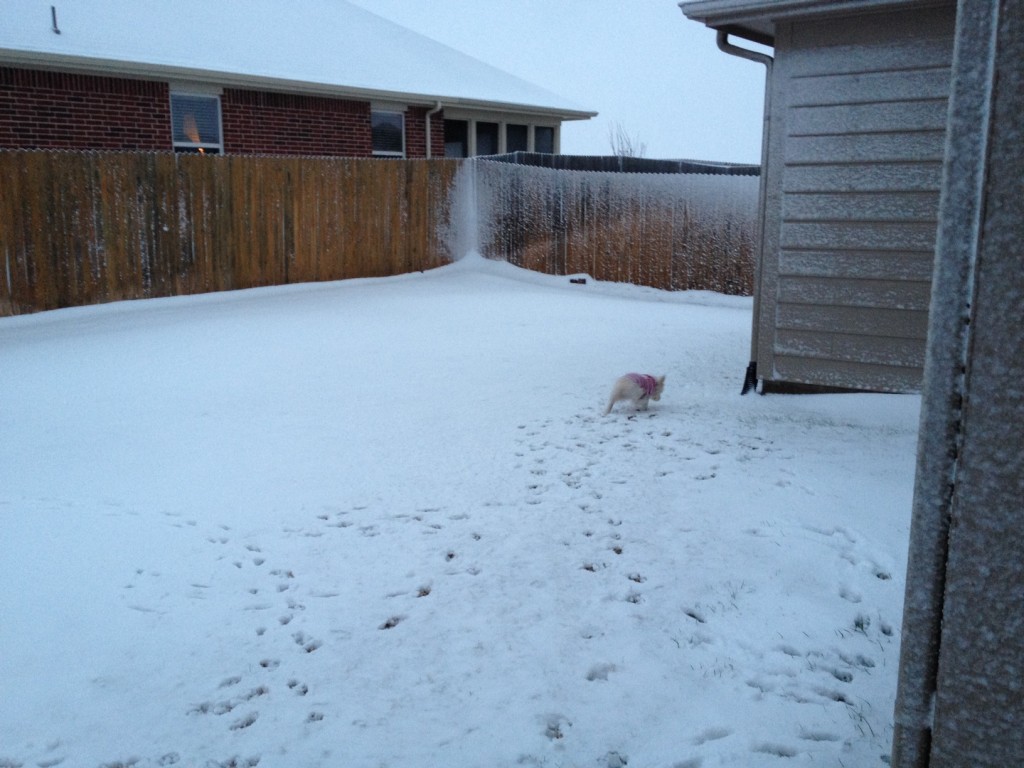 It’s been 18 days since my dad passed away. Life is beginning to feel like less of a dream and more like reality.

Christmas came and went without so much as a hello and goodbye. I didn’t do any Christmas shopping this year. I didn’t put up my Christmas tree. I barely even took down my Thanksgiving decorations quite honestly. I was here, and I was mentally present, and that’s all I could muster for the time being.

We got snowed in at my sister’s house on Christmas day. Initially the plan was to spend Christmas eve at her house, then have Christmas day lunch with her fiance Jeff and his family, then happily trek home where mom and I would have a quiet Christmas dinner of tamales and leftover Chinese food from the day before.

But by 1:00 that afternoon, Christmas lunch wasn’t ready to be served and out of nowhere, snow started falling from the sky horizontally in a massive snowstorm.

Elaine and Jeff live so far out in the country that the main road connecting their neighborhood to the nearest interstate highway was a 2-lane farm road with nothing but ditches and open fields on either side. And since I don’t drive a snow plow, the most logical option was to spend another night at the Elaine and Jeff B&B as I fondly refer to it. And although the temperatures dipped down into the 20s that night and barely rose above freezing the next morning, Mom and I were able to safely make the drive back to her house the day after Christmas.

I spent the night again here at my parents’ house. I had actually planned on going home, but my mom looked at me and said, “You’re not spending the night?” I hadn’t planned on it, but then I asked her if she wanted me to sleep over. She said yes so I did. Thankfully I’d at least brought my glasses and a contact lens case so I was partially prepared.

Last night, I was in the family room watching TV. My brother and his family had just left and mom was straightening things out in the room when she ventured over to the computer. Mom isn’t a computer person, unlike Dad and the rest of us so to see her try and turn off the computer after the kids left it on was surprising. “How do I use this computer?” she asked me.

She could’ve asked me, “How do I build a rocket?” and expected the answer to be just as easy.

“Are you sure you want to use that computer?” I asked. “That’s the one the kids use. Daddy has a better one in his office. And it’ll probably be easier to use.”

“Do I have a username on that computer?” she asked.

“Maybe we can do that tomorrow,” she said.

I smiled. It was the first time she’d ever shown any interest in touching a computer since she had retired a few years ago, but I think if I could show her that her siblings use technology to communicate with each other, then she could use it too.

We’re quickly approaching the closing of 2012. I don’t have any New Year’s Eve plans, in fact I’m done being social for the rest of the year and opting out of any social obligations for NYE. More than likely, I’ll just spend a quiet evening at home and then I’ll fall asleep at my usual time while the rest of the world is ringing in 2013. 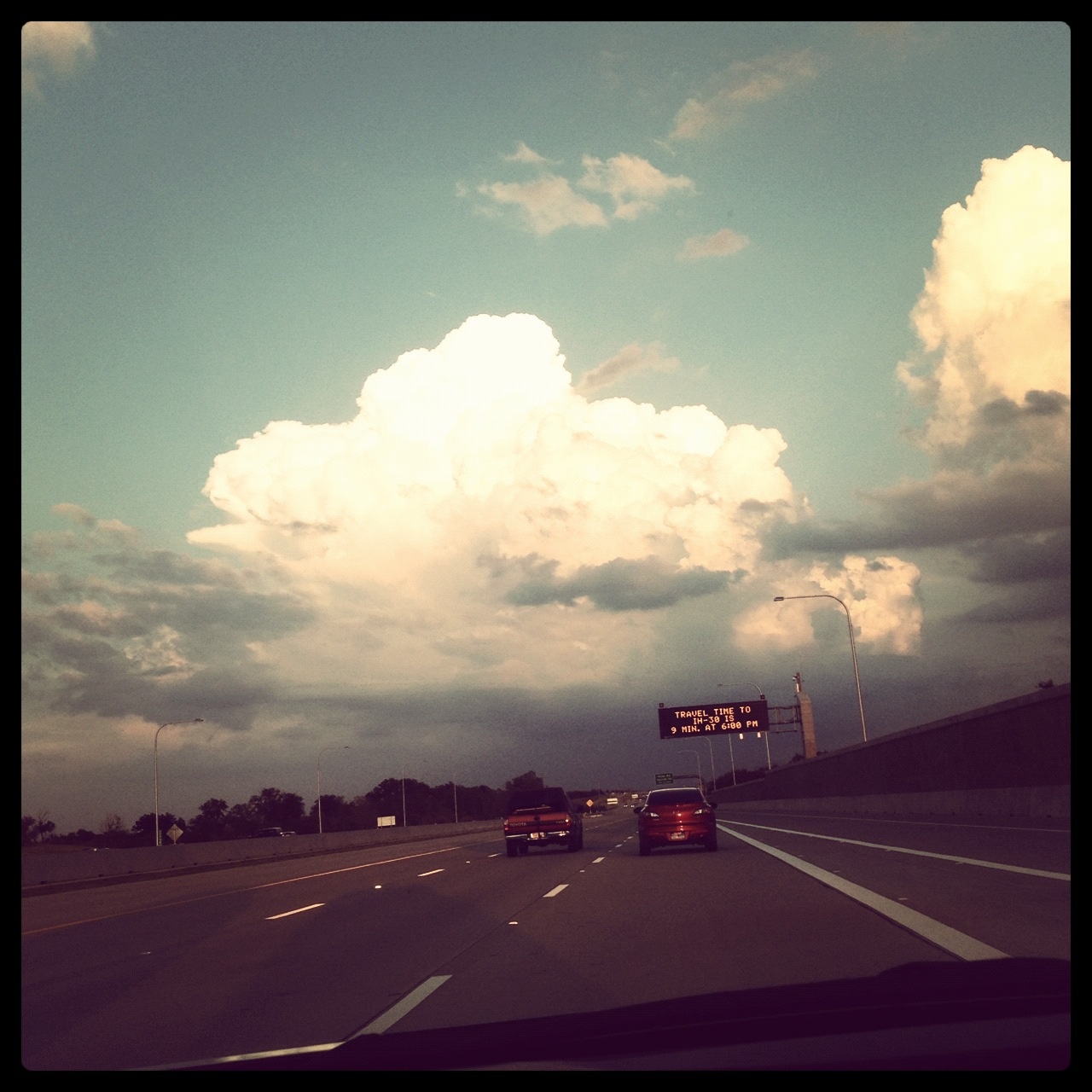 But for the first time in a while, it wasn’t tears of sadness, it was actually tears of joy. Why? Because it had just occurred to me that I was writing again. I was writing complete thoughts from beginning to end, thoughts that were organized and meaningful to me and made sense.

I can’t remember the last time I did that.

The last couple days, I’ve been experiencing the world as if for the first time. It’s almost as if I’m back from an extended vacation and I’m just now getting around to completing the things I neglected while I was gone. Things like cleaning my kitchen or clearing my dining table, even balancing my checkbook. Suddenly these things weren’t insurmountable tasks. I could do them without having any difficulty, without feeling drained. It felt really good.

There are a few things I am noticing about myself on this medication. I’m much more task-focused. This isn’t a new feeling to me because I usually am like this, but I haven’t been this way in a long time. If I do something, I have to complete it. Like this afternoon, I took my ring off and tossed it on my bathroom countertop. Then I paused, realizing there was other jewelry sitting on the countertop that wasn’t in their proper places. So I put it all away.

I’m more time-focused. Last night, while I was at my parents house, I knew I had to take my medicine at 8:00. It was 7:45 and we were just sitting down to dinner. I kept looking at the clock, eating my food, etc. When 8:00 came, I contemplated what I would do. By 8:05 I finally decided I had to get up and take my medicine because I no longer had the need to procrastinate.

My job is not done yet. I still feel like I have a lot of work ahead of me. The medication helps, but it’s not a long term solution and it doesn’t fix the underlying problem. I’m trying to figure out how I can work therapy into my life. But in the meantime, it’s nice to have a little help to provide a boost of confidence.