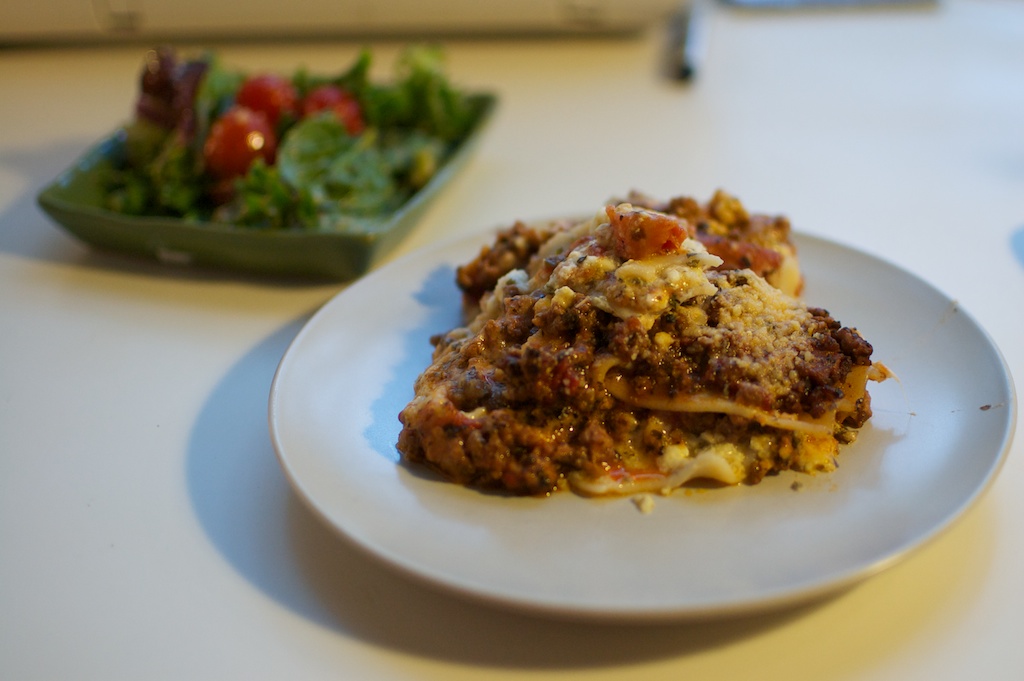 Today, I woke up with one craving: lasagna.

It’s not often that I ever crave any kind of Italian food but in this case, I really wanted some outstanding lasagna. I don’t know if I’ve ever had really good lasagna now that I think about it. So at 9:00 a.m., in a foggy haze of sleep, I started Googling lasagna recipes.

Several came up on the first page, one of which was The Pioneer Woman. After reading the ingredient list, I knew I had a winner. C’mon, sausage in a lasagna? That alone won me over.

I had almost all of the ingredients except the noodles and the sausage. I decided to go with gluten-free rice noodles. I’ve never tried them before and I always hated the heavy feeling I got after eating wheat pasta so I figured what the hell.

I bought a box of DeBoles Rice Lasagna noodles from Sprouts. Although the box said to not boil the pasta beforehand, the recipe said to, so I imagine that was because there wasn’t enough liquid in the sauce to cook them. I boiled them to a nice al dente.

This turned out to be an amazing recipe. And the verdict on the rice noodles? Not so bad. The texture doesn’t seem to be the same, but I still like it. I’d like to see what it’s like reheated though just to see if the texture worsens or improves.

Other than that, the recipe was a winner. Definitely going in the permanent recipe book.