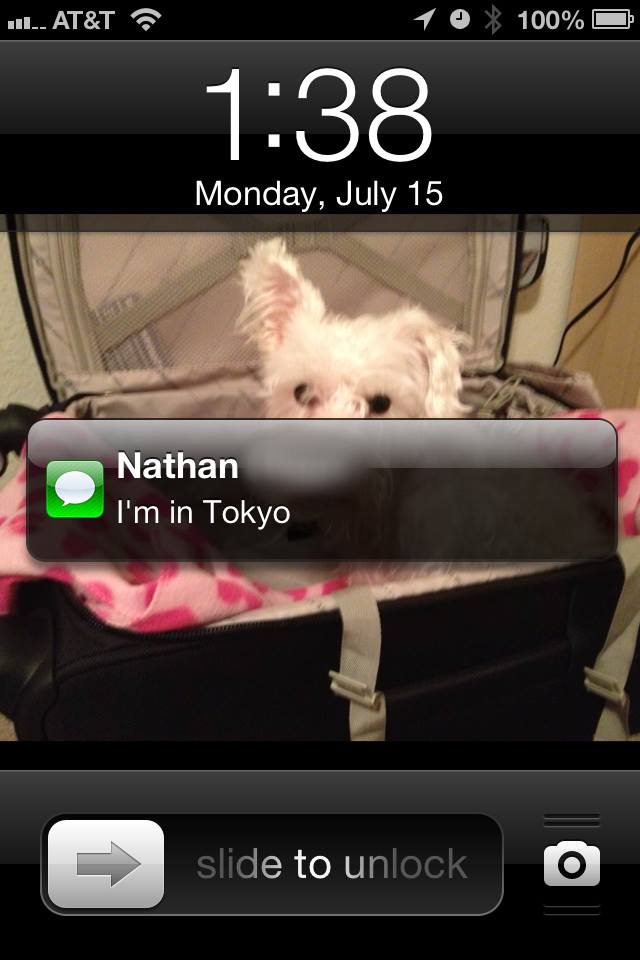 Something feels different these days. It’s hard to explain, but it’s almost as if for the first time in a while I’m… (dare I say it?)… happy.

And it’s not the kind of happy you say you are when you’re really not. You know what I mean–the artificial kind of happy that helps you get through the day.

It’s the kind of happy that makes you not afraid anymore. You know, when you’re not scared to live your life or make mistakes. You’re willing to take that risk because you know the payoff could potentially be really, really big.

Denver Guy has been out in the Pacific traveling between Hawaii and Japan. He’s so consumed when he works there are some days where I only get a few phrases from him. “How have you been?” he asked one day.

“Meh. I miss you so I’m preoccupying myself with house projects,” I said. “I’m reorganizing my bathroom and my home office. And tomorrow I’m inviting friends over for dinner and drinks.”

Despite the fact that I haven’t seen him since May and I probably won’t see him again until October (or worse yet, January), I’m still happy. I think it’s because I’m beginning to feel more and more secure because when he says he’ll text or he’ll call, he’ll follow through. When I ask him if he likes me, he says yes, he wouldn’t have kept talking to me if he didn’t. And when I ask him if he’ll come to my sister’s wedding, he’ll say, “That sounds like fun. When is it?”

I was surprised. I didn’t didn’t get the response I was used to with my ex. You know, the uncomfortable, wishy-washy, “Well… maybe…” response that one receives when they have one foot out the door ready to bolt.

Denver Guy was interested. He wanted to go. With me. To a formal occasion with my family nonetheless. And although he couldn’t commit completely because of his work schedule, he said he would let me know as soon as he could. That alone made me smile from ear to ear.