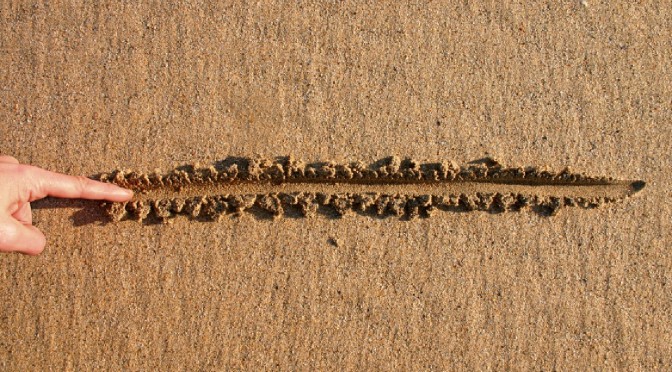 My therapy sessions always beginÂ the same way. She asks me what’s been going good lately and I reply. She said it’s a good way to start a session.

But this time, it was really hard for me to come up with a list of things that were going rightÂ in my life because all I could think of was what was going wrong.

Should I start with the fact that Brian’s drinking has increased from a couple times a week to almost every day?

What about the fact that we were fighting more often and we were just making each other feel more and more awful with each fight?

Or maybe I was so stressed out and unhappy that I was shoveling food into my mouth compulsively, almost making myself sick at times?

“I’ve been really thinking about the last time we met, you know, about honesty,” I said. “Basically my boyfriend and I have been fighting more often the past month. He’s pretty much started drinking every day and it’s been taking a toll on me emotionally. He’s an alcoholic and it’s been having a negative affect on me emotionally.”

It was a vicious cycle with me and Brian. When I would get stressed out, my home life would get out of hand, and then affect him and cause him to drink more. Or when he would get stressed, he would drink more which then would make me depressed and cause me to eat more. We would both say mean things to each other intended to hurt, and then we would make up and things would be good again.

And then it would start all over again.

The more I really thought about honesty and what it meant in a relationship, I realized I was living a life ofÂ anything BUT honesty. The truth is I only talked about Brian’s good qualities, I never mentioned his bad ones. However, if you were to ever ask him, he never had any.

I’ve been on the brink of breaking up with him before. No matter how many times he would wash my car, clean my house, just generally be good to me, it didn’t make up for the emptiness I was feeling on the inside. It didn’t make up for his inability to be emotionally honest with me.

I knew that if I brought this up in my therapy, that would mean one thing: I was admitting that our relationship was affecting me negatively and I had to put an end to it.

“With him being an alcoholic, it really made me think about my own problems… like, is food my addiction?” There it was. I was admitting it. Food is my addiction.

She nodded enthusiastically as if I was finally realizingÂ something she knew all along. Â “It is possible for 2 people with addictions to have a healthy relationship,” she said. “But only if both people work on their recovery and communicate with each other. It won’t be successful if only one person seeks counseling.”

She was right. I was the only one making an effort to become a better person. The answer was clear. We had to break up.