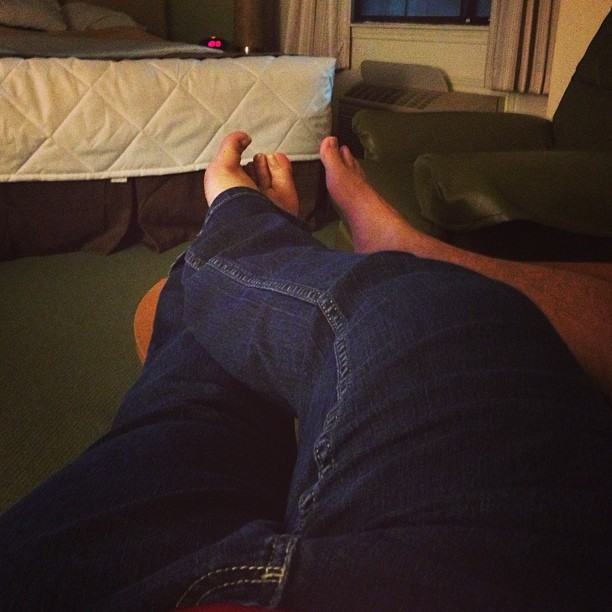 Fate, you are one awfully cruel, no good, son of a bitch.

I am handling things differently this time around though. I told him we’re going to just keep in touch and see where things go from here. We’re not making it entirely exclusive right now because it was still too early. I even went as far as meeting another guy, but bringing it up wasn’t as easy as I thought it would be.

“So another guy sent me a message the other day,” I said. “We chatted for a bit and he asked me out on a date. Would it be ok if I said yes?”

It wasn’t the response I thought I’d get. I didn’t think I would get a virtual high five but I thought it would at least get a, “Yeah sure, that’s fine,” or something.

“Are you sure?” I asked. “Because it doesn’t really sound like you are.”

“It’s fine. I can’t tell you no,” he said. There it was again. The response that read, “I’m not ok with it, but I’m going to say I am because I really have no other choice because of our situation.”

But he reassured me that he meant it. He promised me that he would always be straight with me and as long as he did, I would always take him for his word. It went both ways. “Just tell me if it goes anywhere, ok?” he said. Yes, I promised him.

And while I might be entertaining myself with other dates right now, there are a lot of reasons why Denver Guy is the only one that appeals to me. First and foremost, he wants a relationship and he wants to get married again. That was the one thing I made sure to check off my list. I wanted to at least know that he still believed in marriage, even after his divorce.

Second, he has a brilliant mind. He works really hard and is confident about what he does. And seriously, I’m in awe of him sometimes and what he’s accomplished in his life. Going from being homeless as a teenager, to flipping houses, then to owning his own construction business before turning 21. His focus and determination astound me.

Third, he’s just a downright good person who also happens to be family oriented. I’ve never actually seen him and his son interact, but I’ve heard them talk on the phone before and it’s really sweet. In fact, I think they talk to each other every night. And although I’m not entirely interested in having children of my own, I can see the kind of man he is when he talks to his son and I know that he’s a man I can trust. He makes me smile and laugh and he’s got this quiet, but strong presence that’s familiar to me because that’s exactly how my dad was.

Last but not least, there is an undeniable physical attraction between us that manifests in multiple ways. Like in the way he kisses me and the way I instinctively nestle perfectly in the crook of his arm whether we’re lying in bed or standing at a restaurant waiting for a table. He’s the right amount of possessive and I love being possessed. It’s reciprocal and in a way, it’s perfect.

So yeah, I might be entertaining offers from other men, but when it comes to seeing a future, it’s Denver guy.