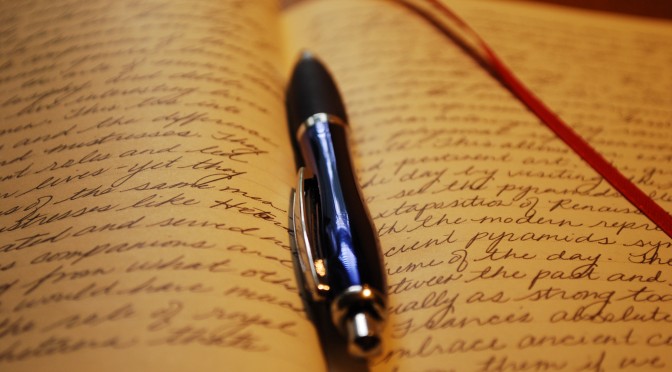 From the moment you were born, I knew I wanted to give you a journal someday.

I received my first one around your age, probably older, as a Christmas gift from Auntie Bullit and it has been my best friend ever since. I included a picture of me with my first one and with my latest one (no. 11). I write in it when Iâ€™m happy, when Iâ€™m sad, when Iâ€™m angry or frustrated. I write in it even when I donâ€™t know what to say sometimes, and yet somehow it manages to make me feel better.

The thing about this journal is itâ€™s magic, as is any journal that may come after it. Itâ€™s for you and only you. Any wish or dream you have has the potential to come true if you write in here. Any problem can be solved if you write it on these pages. It will bring you clarity when you feel like the world is spinning too fast, and it will never judge you for being completely honest with it. 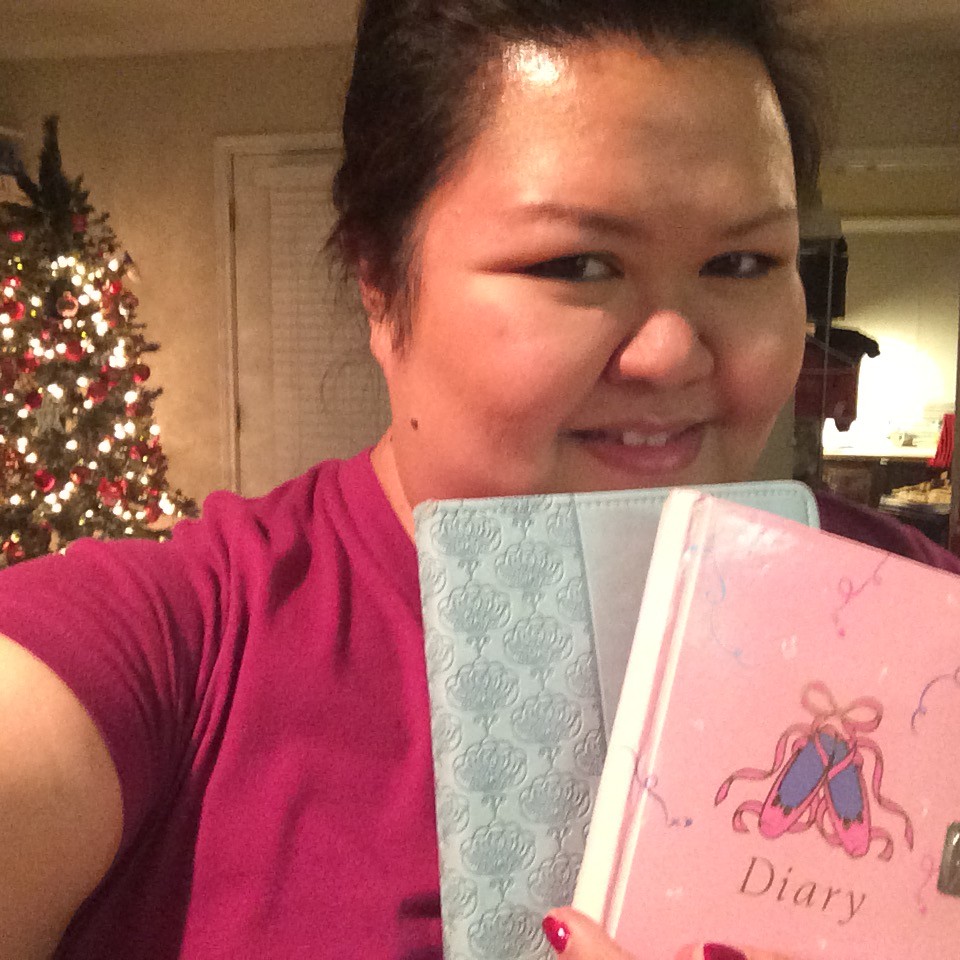 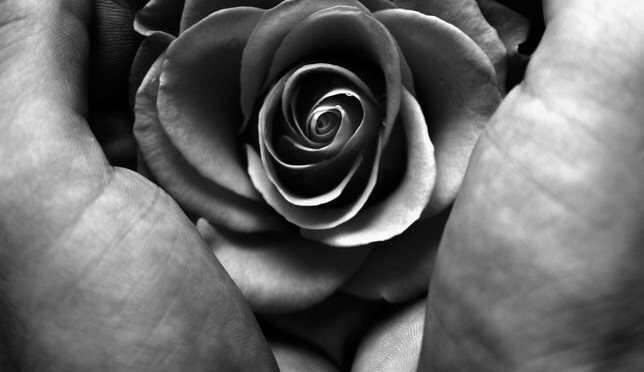 “Really good. We just moved into a new office back in October.”

“Oh yeah? Where did you guys move?”

“We’re still in the same building, we just moved up to the 4th floor.”

We were relaxing on the leather couch in his dimly lit office. It was after hours and we had just finished making love on his desk. It had been rough, urgent and passionate as it always had been with him. The skin on my back still tingled from where he grasped me, and my lips were sore from his kisses. But now we were dressed, his hand resting in my lap, my hand resting on his. I resisted the urge to hold it. Instead I lightly traced patterns on his skin as we talked. It was an act that was so gentle and intimate, I honestly wasn’t used to that kind of intimacy with him. END_OF_DOCUMENT_TOKEN_TO_BE_REPLACED 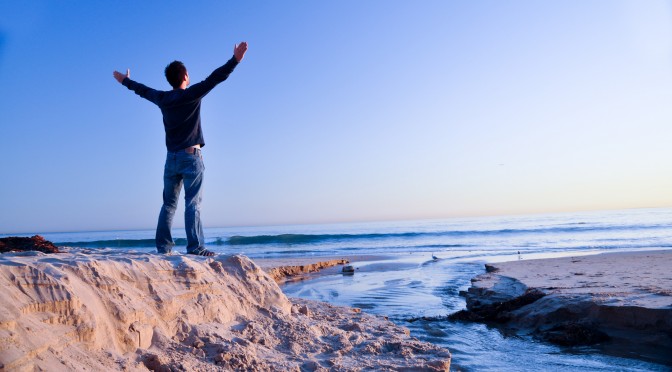 It’s been almost 4 weeks since Brian and I broke up.

A friend of mine shared with me her story about a relationship she had in where she had been undervalued and mistreated. She said once she found the strength to end it, she realized she needed to truly value her worth and be confident in herself, which then basically led to her finding the love of her life. She’s now with a man who truly loves her, supports her and believes in her, all because she began loving herself.

I feel like that’s the phase I’m in right now.

I’m not really angry anymore, but I’m learning to live in a more honest place. I’m slowly beginning to gain control over my eating as well. With a lot of help from a great therapist and support from friends and family, I am growing more and more confident in myself every day.

I have a morning and evening routine now. And a wrist watch! Yes, I’m pretty excited about my new wrist watch. It helps me stay on track during the day so I don’t procrastinate. I even made it to work earlierÂ both Tuesday and Wednesday, something I’ve been struggling to do for the longest time. Yet Tuesday and Wednesday, it seemed so easy, as if I’d been a natural at it.

And dating. Yes I’ve decided to get back out there again. There’s no sense in dedicating any more time and emotion to a relationship that passed its prime a long time ago. Â I’ve received a lot of messages, but I only reply to a select few. I’m trying to be more discerning of who I decide to let in the door.

So I have one date tonight and I’m slightly nervous and yet excited about it.

I can’t lie though. I have moments where I do stop and think about Brian. Thanksgiving yesterday was filled with memories of him… him sliding his arm into my coat and around my waist as we waited in my mom’s kitchen while he read a medical journal. Him whispering and laughing in my ear as we were surrounded by my family. Him smiling and chuckling and leaning down to kiss me as we managed to catch a moment alone after loading my car with leftovers.

But maybe yesterday would be the worst of it. Maybe it’ll just be easy coasting from this point on. I hope so. 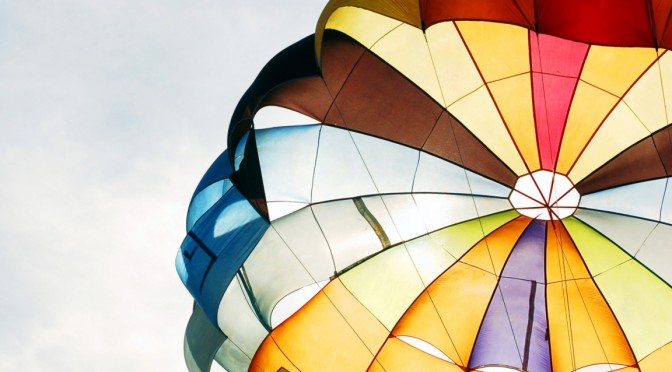 The best way to fall in love is without fear. You close your eyes and you let it take over you and lead you. You fall so hard and so fast, you feel like years have passed by when indeed it’s only been months.

But there’s a risk with that.

Like jumping out of a plane, sometimes your parachute doesn’t open.

That’s what I’ve been feeling like the last few days. I took that leap, my parachute didn’t open, and now that I’ve landed, I’ve been left broken. Broken body, broken soul, and a broken heart.

I’m not going to pretend like everything is good. I’ve ended a toxic relationship, yes, but that doesn’t make me happy. My friends say, “Well it’s great that you’re doing this now, rather than years later.”

If it’s so great, why doesn’t it feel that way?

Why can’t I let go of this anger? Why can’t I release these tears that have been building up? Why can’t I do anything else besidesÂ think of him and hope that he’s just as miserable and broken hearted as I am?

Is it so bad to want to feel like you meant something to someone? That your presence in their life was so significant that they’ll always compare everyone else to you? That when they’re lying in bed at night, trying to go to sleep, that they’ll think of you and wonder how you are?

“We haven’t talked in days. Does this mean we’re breaking up or we’re taking time apart?” I asked him in a text.

“I don’t really know. I’m not feeling too good today. I had too much of Charlie’s homemade plum wine last night.”

“I’ve been back and forth on the idea. We both deal with stress in unhealthy ways. But when we’re both happy, we’re good,” I said. “At least that’s what I think. I don’t know what you think.”

“Do what you think is good for you. I told you I’m not feeling good. If I want to talk about it, it’ll be tomorrow. Thanks.”

I hit a brick wall with him again. I’ve been hitting a lot of brick walls with him. I was beginning to think I wasn’t going to get anywhere. He was a 46 year old man with the emotional age of a 5 year old boy.

“Actually that kinda sounds like an answer to me,” I said. “Take care.”

Those were my last words to him. He had turned cold and unresponsive within a span of days. I realized I had put myself out on an emotional ledge, only to find that I was standing there all by myself.

I proceeded to delete him. I removed him from my address book.Â I deleted our chat history. I wanted no trace of him left. I didn’t want to leave any room for any second thoughts about what I was choosing to do.

I wanted to scream. I wanted to cry. I was so frustrated, so angry with myself. How could I haveÂ fallenÂ in love so quickly and so deeply with someone who was a completely immature, selfish, narcissistic psychopath? How could I have let this man into my life? I will never know or understand.